The Earth Only Endures

The Earth Only Endures is a collaboration between Stone Theatre and The Photographers’ Gallery, London. It features the work of three British photographers, Mike Perry, Jem Southam and Stephen Vaughan and explores the territory of change, transition and reclamation of the landscape. In particular, the impact of human and natural forces in the transformation of the earth’s surface.

Taken from the title of Jules Pretty’s book, The Earth Only Endures reflects a revitalised debate on our stewardship of nature and how we sustain our natural habitats in a time of encroaching climate change, resource depletion and natural disaster. It also addresses the increasing difficulty associated with interpretation and depiction of nature as our landscapes are no longer what they appear but the subject of the cultural knowledge and personal perspectives we project on to them. At the beginning of the 21st century, the idea of ‘pristine nature’ is at best a fading memory and more often a delusion. Indeed, we are moving into an era where every inch of our landscape is known, controlled and understood. Or at least if it isn’t, it will be soon.

These large scale works, shot on 10×8″ format, reveal extraordinary detail resulting in an intense and almost super real connection with the surface of the print and the material quality of the landscape itself. On one level these are resolutely objective documents of the landscape void of human interaction or emotional attachment but on closer inspection the works reveal their own stories and space for interpretation.

In some works the scale and wide perspectives create a sense of the epic, such as in Mike Perry’s Waterfall, Cava Marmi 1, where the search for pure white marble has turned a mountainside into a giant scree of discarded boulders. In others such as Jem Southam’s, China Clay Pits 1, the feeling is more mysterious and enigmatic as he records the impact of the ‘Cornish Alps’ on the surrounding community in South West Britain. Stephen Vaughan’s scarred lunar like surfaces , once used for training by Apollo astronauts, take us to another world altogether… the world of ‘geology time zero’. But the underlying theme is a sense that our landscapes are no longer sublime eternal vistas as we once portrayed them. Our gaze is increasingly conscious of industrial exploitation, unsustainable farming practices, and altered topology. 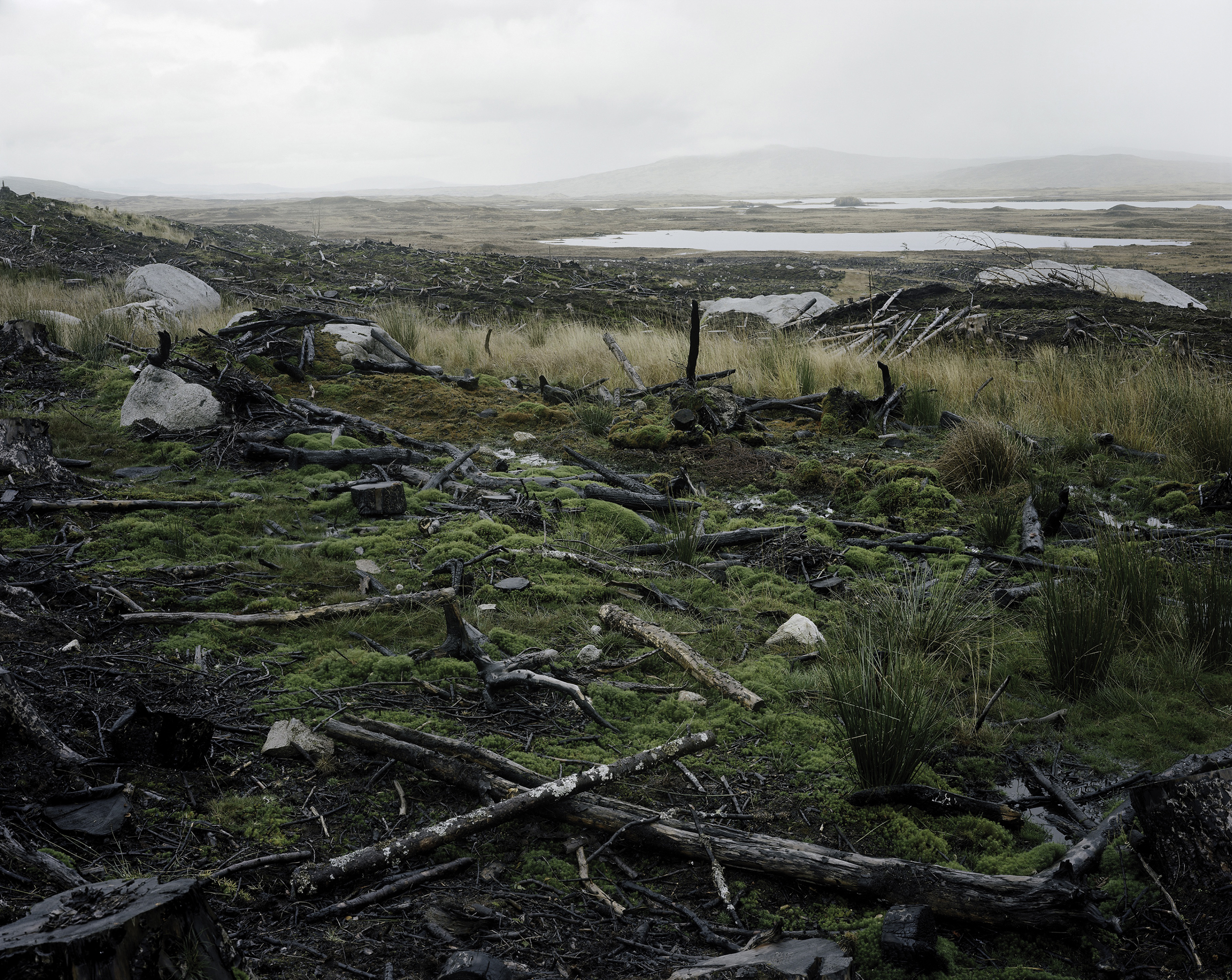