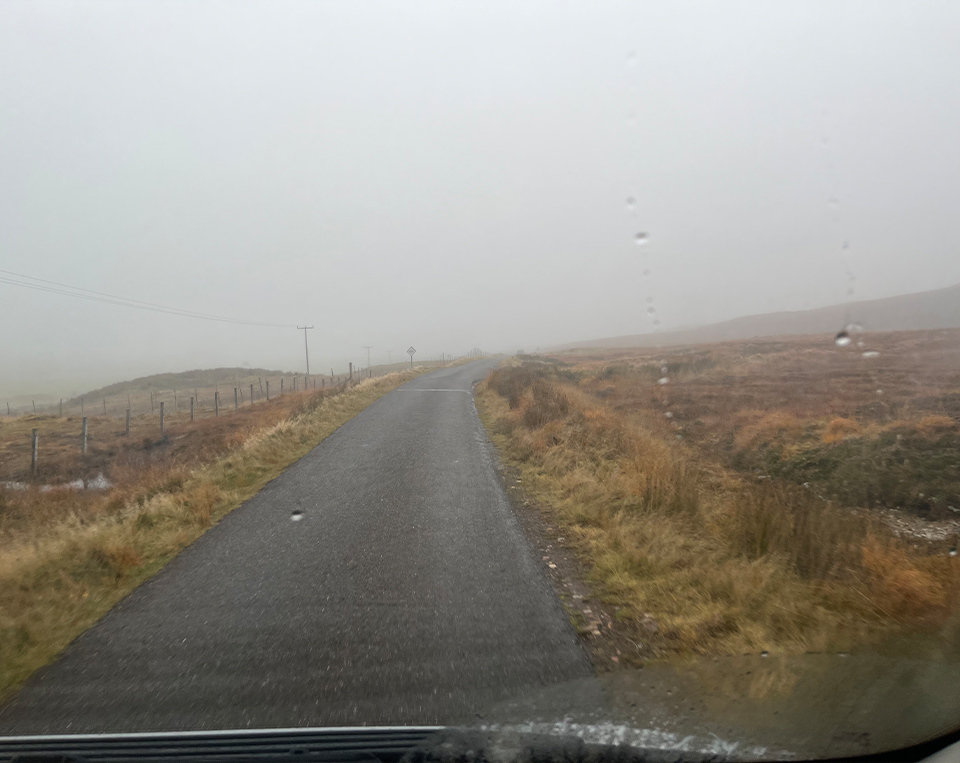 Driving North through the ‘Wet Desert’s’ of Northern Scotland so decimated by monoculture (deer, sheep, Sitka Spruce, grouse estates) I came across this island covered in trees and fauna. It highlights what the ‘natural’ state of the landscape would be like if deer populations were better controlled and trees were allowed to flourish. A metaphor for what Scotland could be like with a new approach to land management.

The Peat bogs in Flow Country in Sutherland were amazing. Not just beautiful and full of biodiversity but critical in our fight against climate change. Scotland’s peat bogs capture more than twice the total amount of carbon captured by all of Britains woodlands put together. Wetland and peat restoration is a big part of the project at Bunloit Wilding.  The creation of Natural Capital. The advantage of peat over woodland is that it doesn’t release carbon at the end of it’s life cycle as trees do. It stores the carbon in the ground.

The most magical place for me were the ancient Scottish Pine trees at Adachy woodls at Bunloit. Trees covered in dense clumps of lichen. I got lost for hours in these dense precious woods The intention is to replace much of the commercial Sitka Spruce plantations with mixed native woodlands that will one day look like this. The biodiversity on the ground was extraordinary. Never seen so many mushrooms!

Thinking about to how to approach the residency and engage as an artist with the ecologists and scientists working on biodiversity, carbon sequestation etc. Next visit hopefully in the New Year.