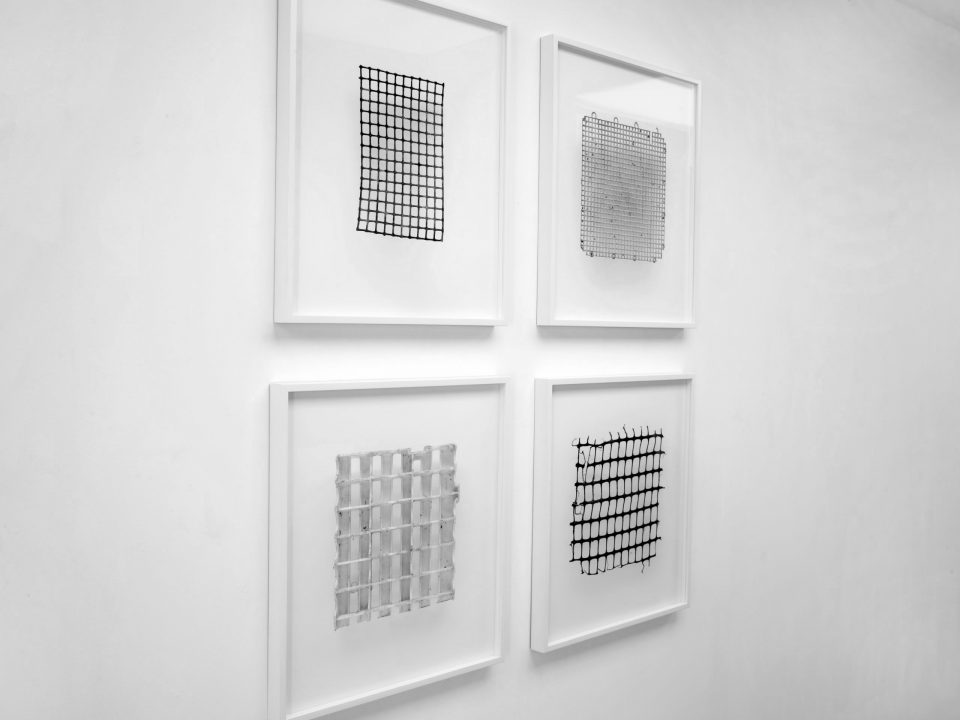 Môr Plastig, Welsh for ‘Plastic Sea’, captures the impact of both plastic objects upon the living world, and the erosive power of nature.

For Found, Perry chose four grid-like objects, probably the remains of crates or packaging, found along the west coast of Wales where he lives and works. While he is concerned with the environmental impacts of all this sea plastic, he’s also interested in the new forms emerging from nature’s erosion of this ubiquitous material. In this case, the grid, once thought of as ‘anti organic’ and solely a product of urban life, is now emerging washed up in the ‘natural’ environment.

Shooting each piece forensically, straight on to camera and at their actual size, Perry uses flat neutral light to give a sense of objectivity to the viewing process. The ambiguity between the calm aesthetic and underlying narrative creates a tension which Perry uses to make us think about the materiality of these objects and what we are leaving behind for future generations. They are in a sense both aesthetic abstractions and at the same time documents of toxic pollution.

Perry describes these highly detailed photographs as ‘micro landscapes’. Landscapes that document both man’s impact on nature and nature’s impact on the man made. When Geologists look back at this epoch in a thousand years from now they will probably refer to it as the ‘Age of Plastic’.