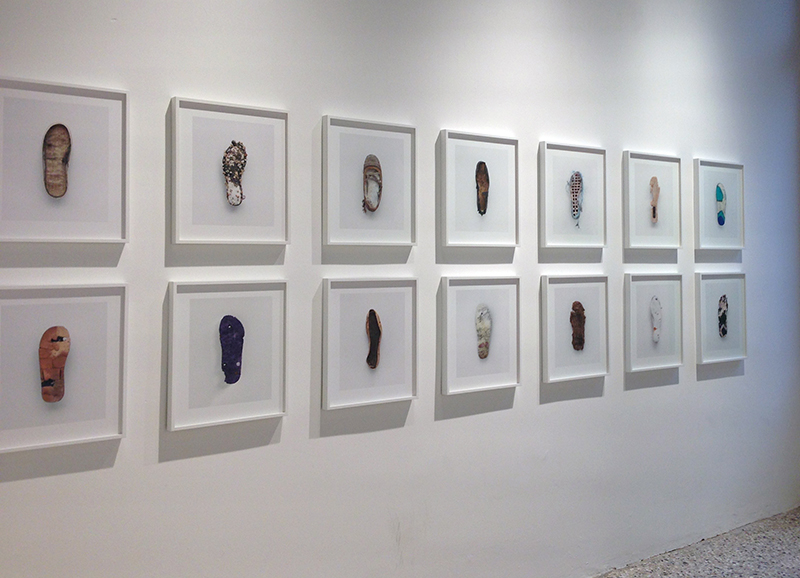 Vita Vitale reflects on the delicate balance of our planet’s ecosystem and man’s destructive footprint within it. Môr Plastig, Welsh for ‘Plastic Sea’, captures the impact of both plastic objects upon the living world, and the erosive power of nature. Photographing flip flops and shoes washed up on the coasts of West Wales, Cuba, Tanzania and Sri Lanka, Perry documents plastic pollution in unexpectedly poetic images that detail the objects degradation and transformation by sun, sea and sand. He presents each shoe simply, accentuating and inviting us to contemplate the aesthetic qualities of its erosion, the environmental danger it represents, and the moral of consumerism it embodies. 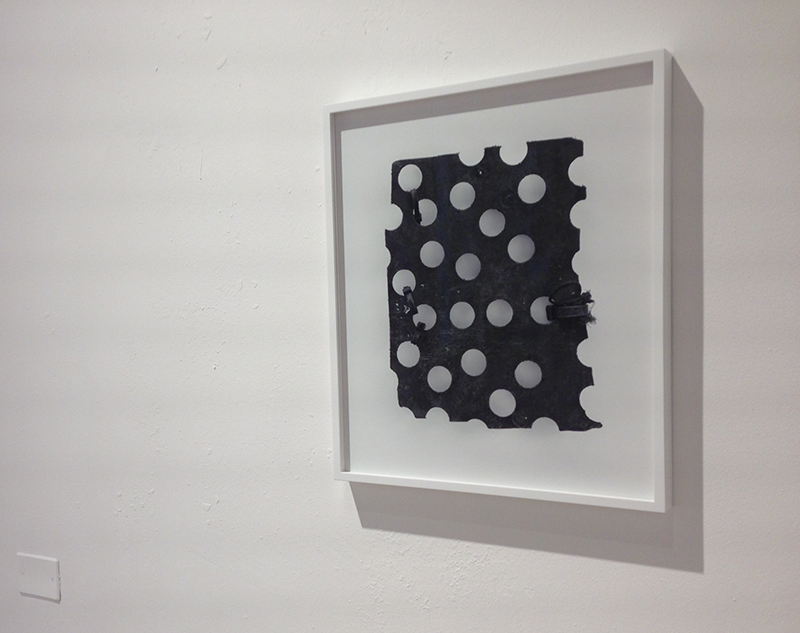 Artist Mike Perry installed a cabinet of plastiglomerates – stones comprising intermingled melted plastic, sand, shells and other beach sediment – which collected along the Welsh coast, including the realisation that we are not only littering the world’s surfaces with plastic, but also geologically inscribing into the Earth’s history our role in its proliferation. He lays bare the impact on the living world of contemporary society’s dependence on disposable plastic. 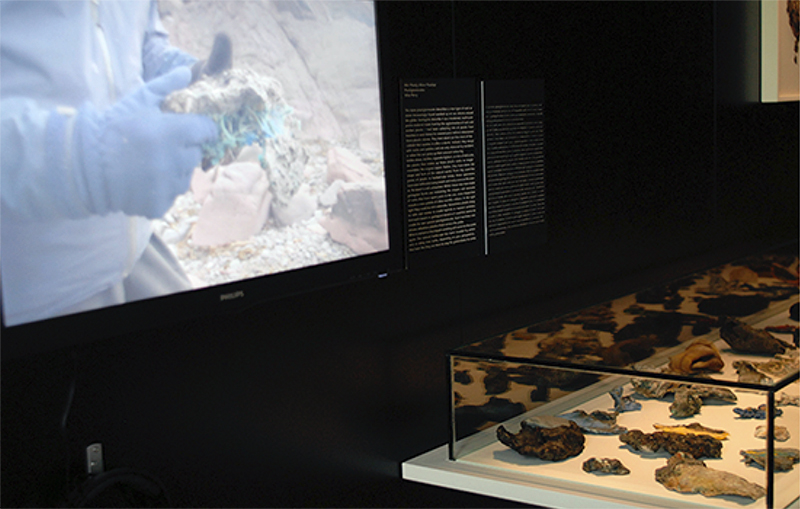 “Mike Perry provokes a different relationship with nature. He collects and documents the plastics washed up on our beaches in forensic detail, which are crafted so exquisitely that they appear seamlessly integrated with our marine ecosystems. Perry’s work invites us to consider the new materiality of our living realm and its technological capacities.”